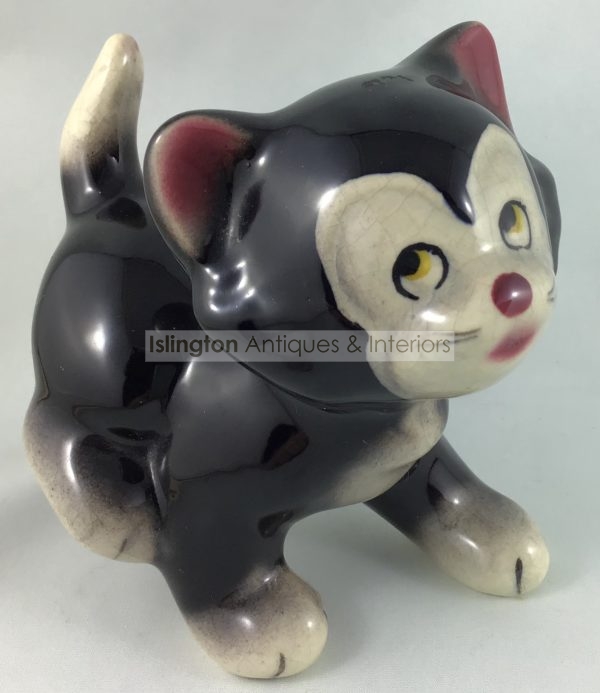 Figaro was introduced in 1940 and is probably best known as the pet cat of Mister Geppetto and Pinnocchio. Figaro was Walt Disney’s favorite character in Pinocchio; he loved the kitten so much, he wanted him to appear as much as possible. Meanwhile, he was now Minnie’s pet.

He has also starred independently in a number of Disney shorts, as the pet cat of Minnie Mouse.

MCP Modern ceramic products in Marrickville Sydney were awarded the licence to manufacture Disney figures in Australia in the 1950’s and although mass produced these figures are now quite difficult to find these days and especially like this example which still has its foil sticker still in perfect condition and very easy to read. The cat is in excellent condition for its age with no chips cracks or repairs.